This past weekend, we pushed the unicorn under the carport for final assembly. I’m hoping to have the engine/trans back in the car in February but first, a few loose ends to tie up. 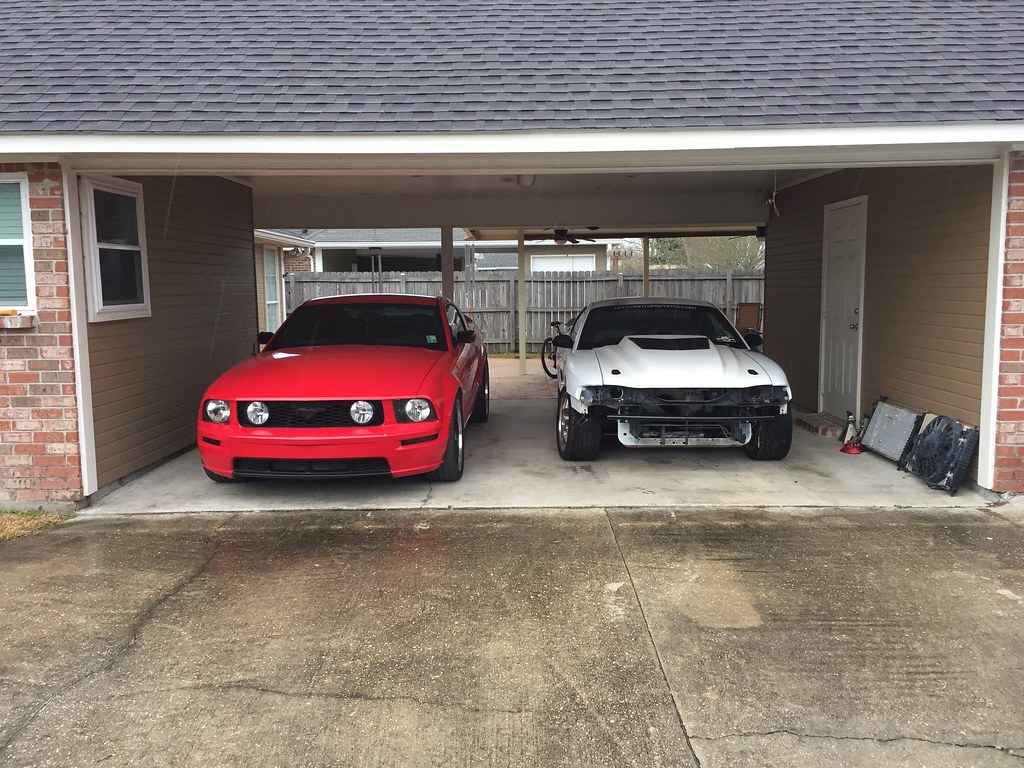 Swapped the S-351 wing out for the S-281 spoiler and decided I don’t like either of them anymore. Needs more carbon fiber T1, right @ThomasW? Right @Frank.JD.Perez 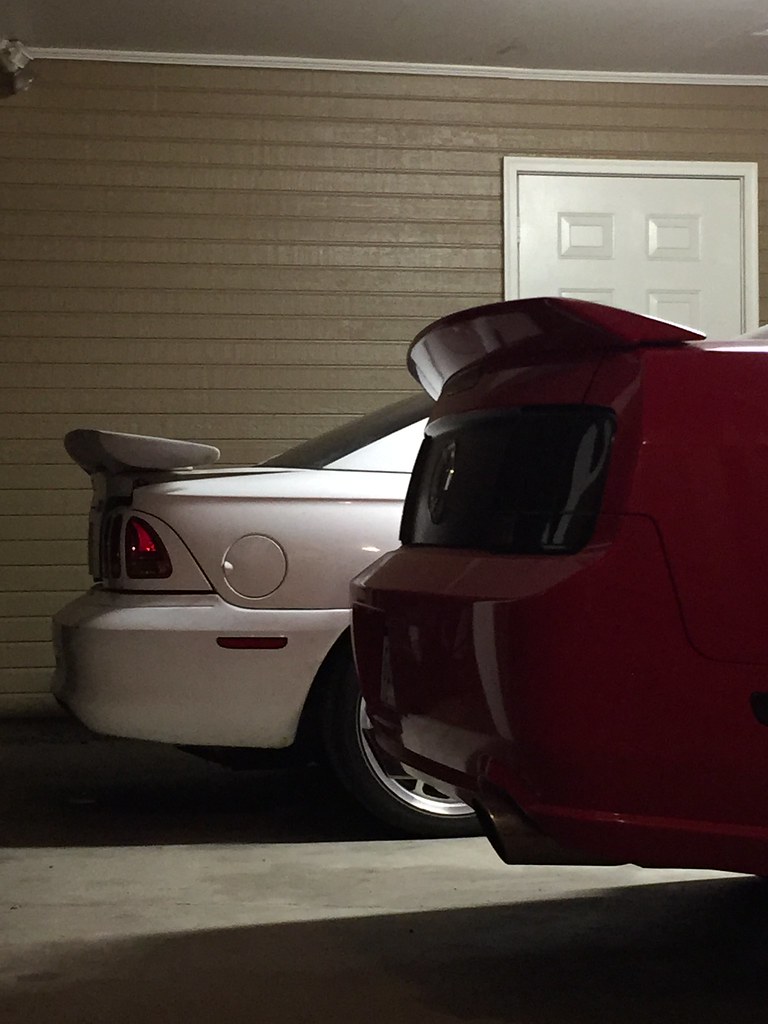 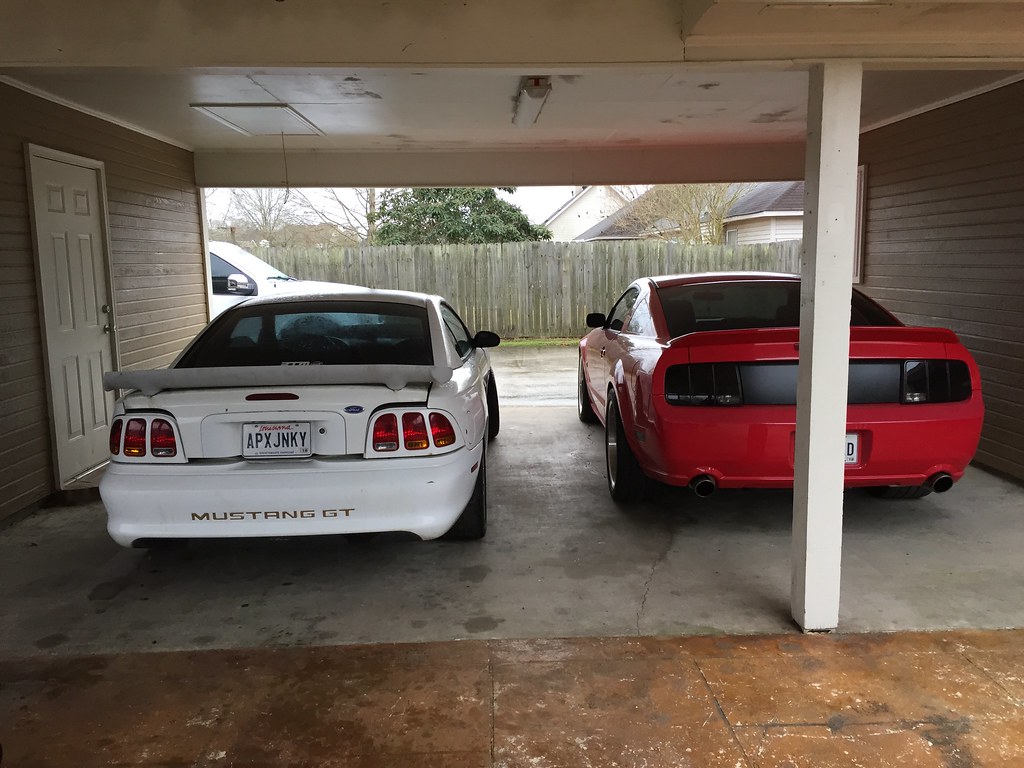 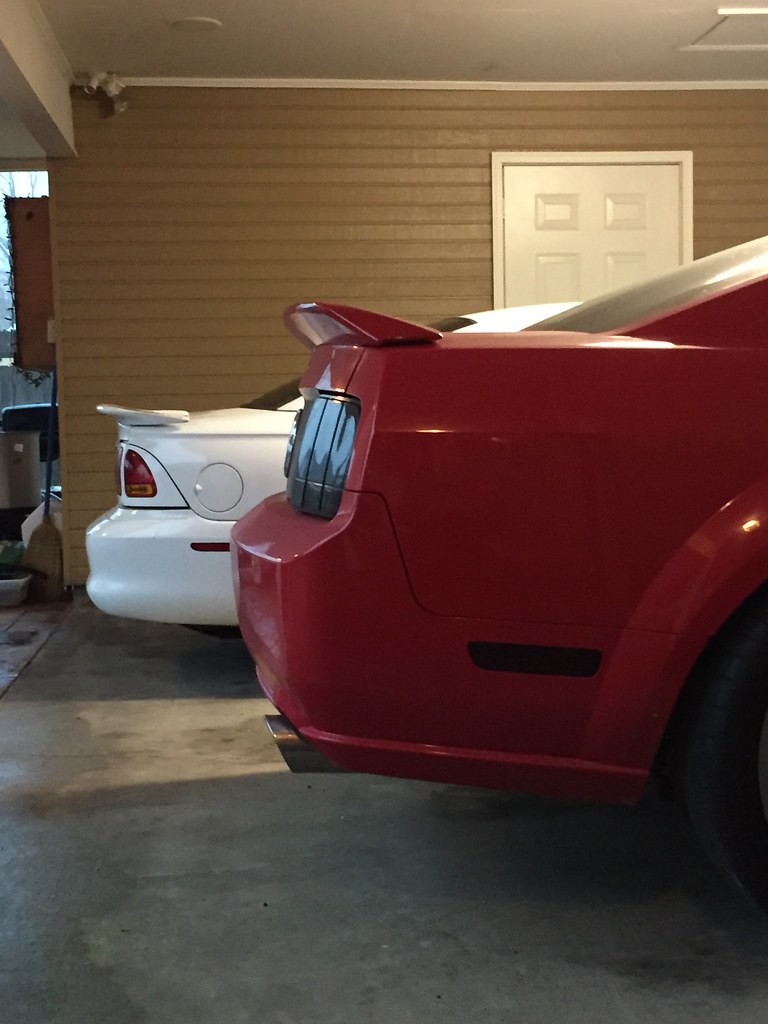 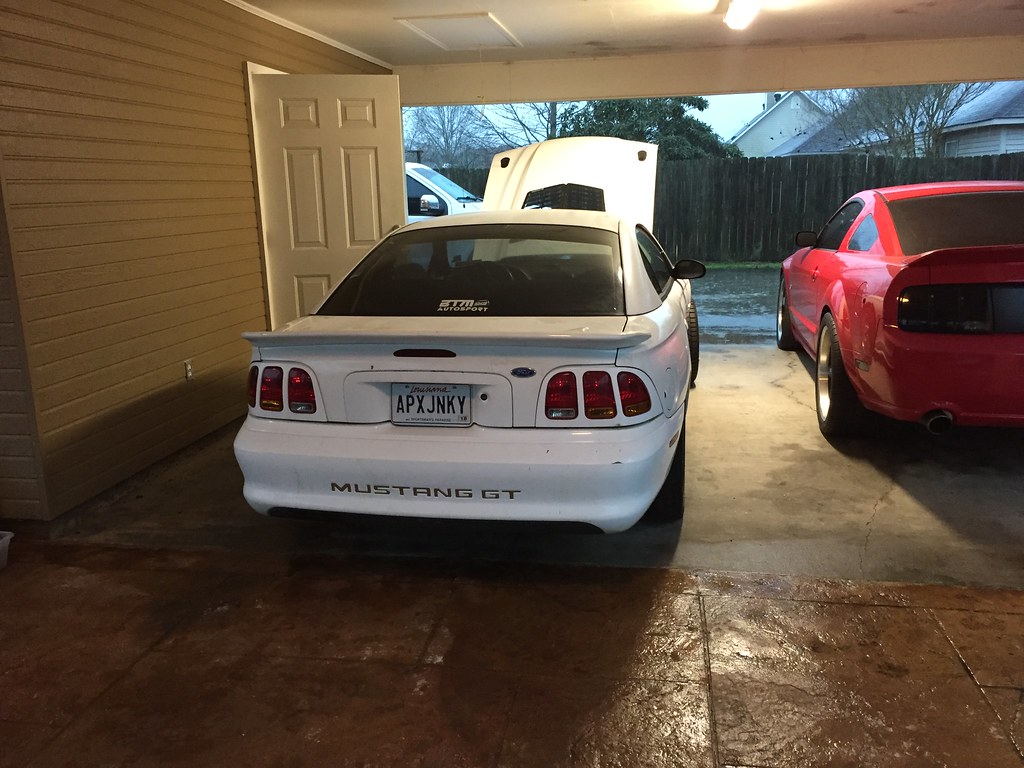 Next, I removed the airbag sensors, the hood latch mechanism/cable, put the battery tray back in, installed the Champion, 3 core radiator and installed the new AC condenser: 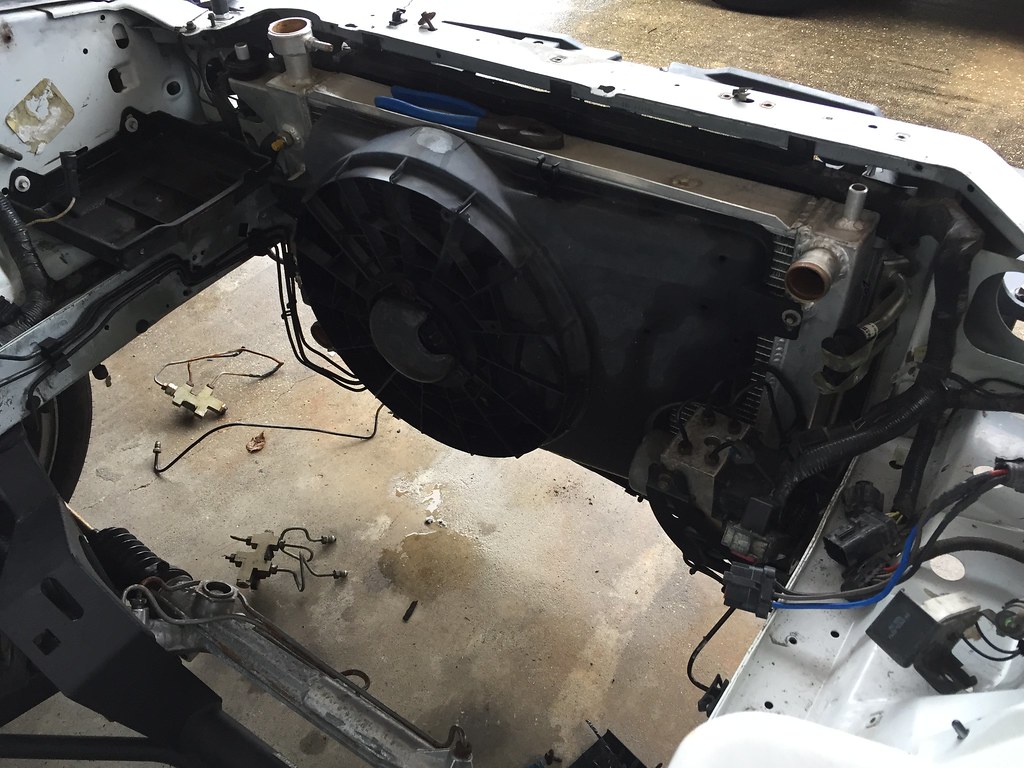 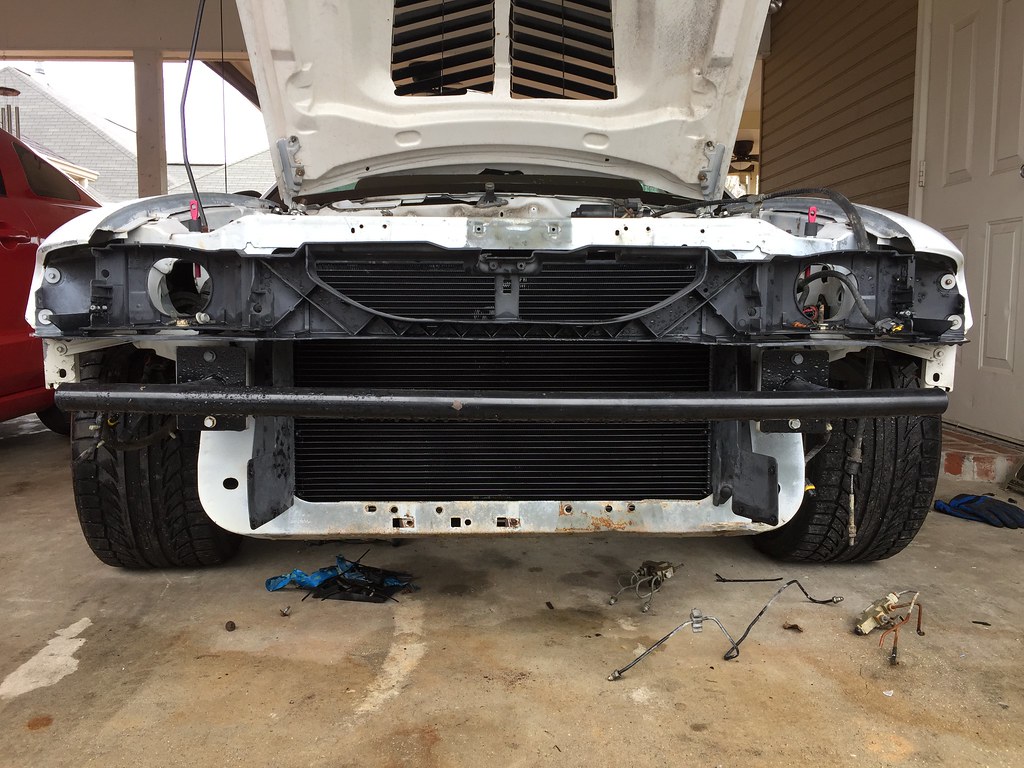 Installed the proper ABS pump and started plumbing the lines: 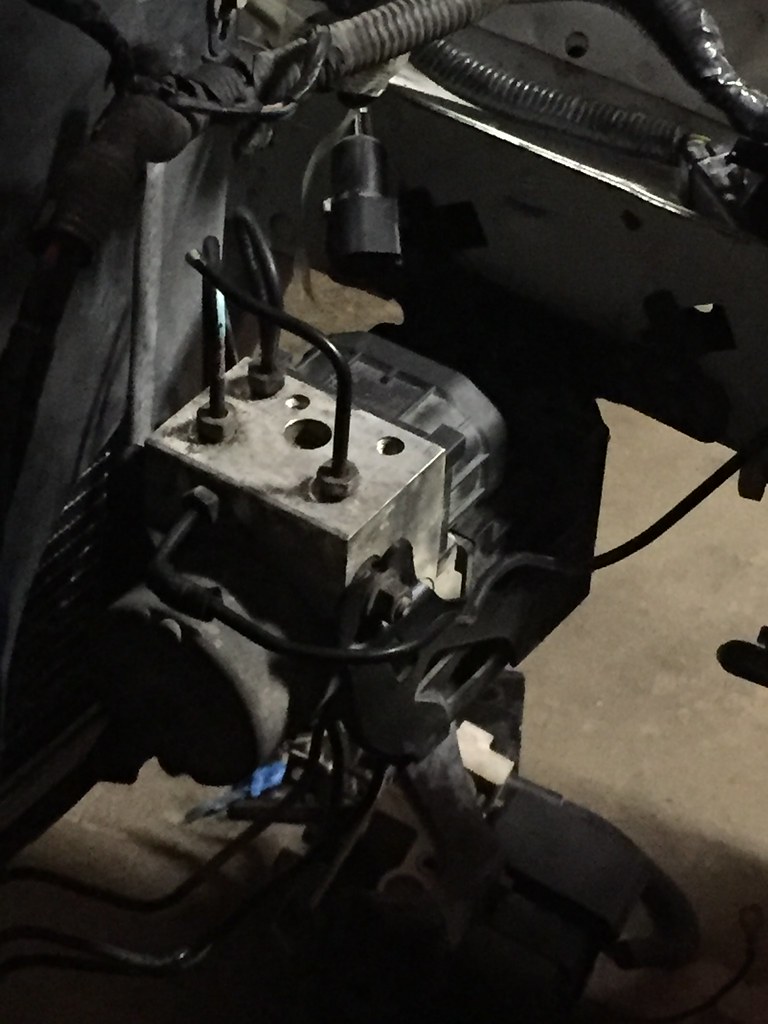 Swapped the proportioning valve out for the proper unit: 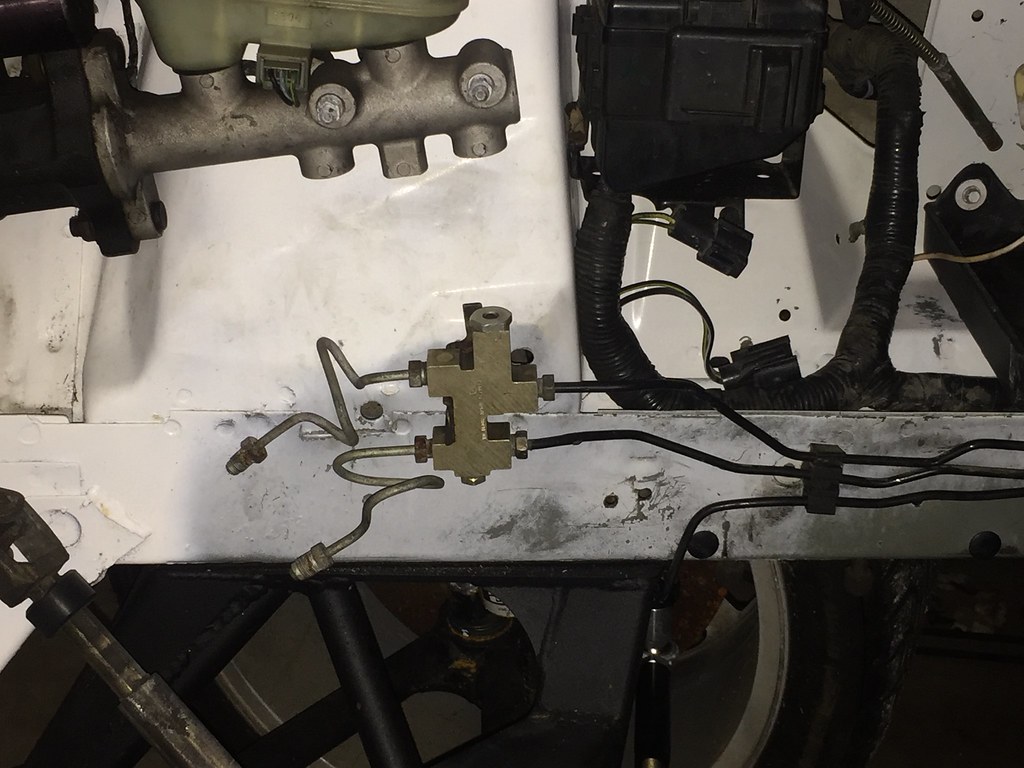 I have to re-route the lines to the hydro-booster, connect the ABS pump to the rear brakes, install the braided lines to the front calipers, install the rear pads, connect the e-brake cable and the brake system will be “finalized”. That is where I stopped because I took some time to start cleaning my shop up and then began planning my fuel system. Next weekend, I plan to have these cut and re-welded to line up with the 99-04 rail mount. I’m also going to use this set of Coyote EV14 [34# hr] injectors instead of the stock, EV1 24’s. 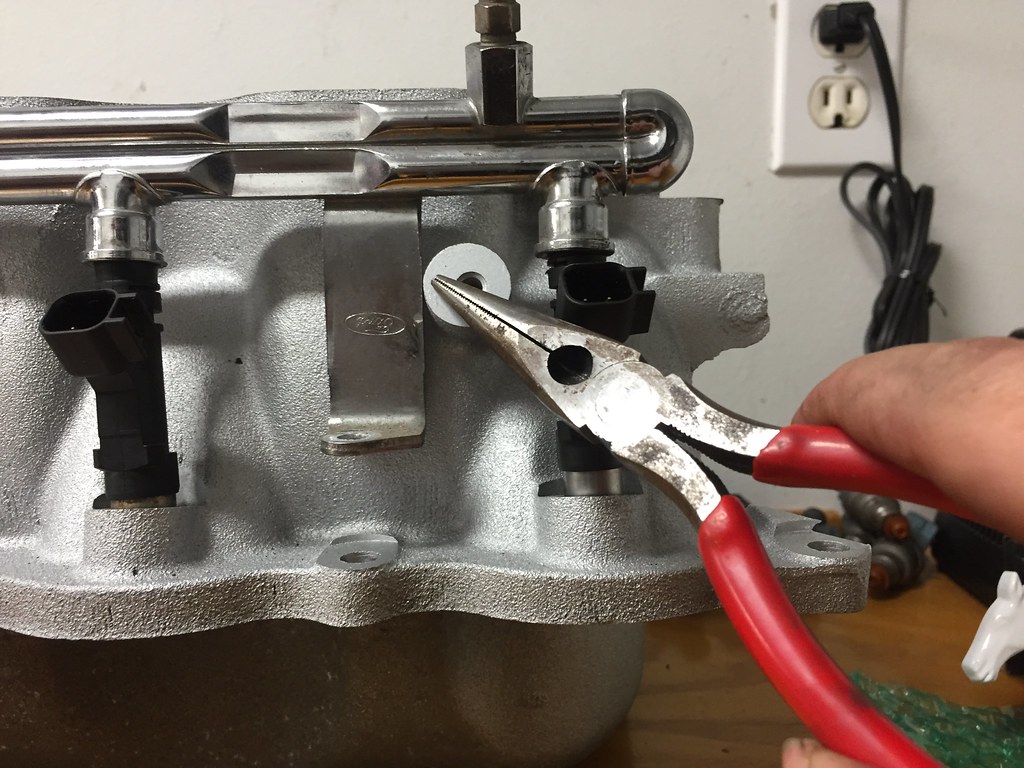 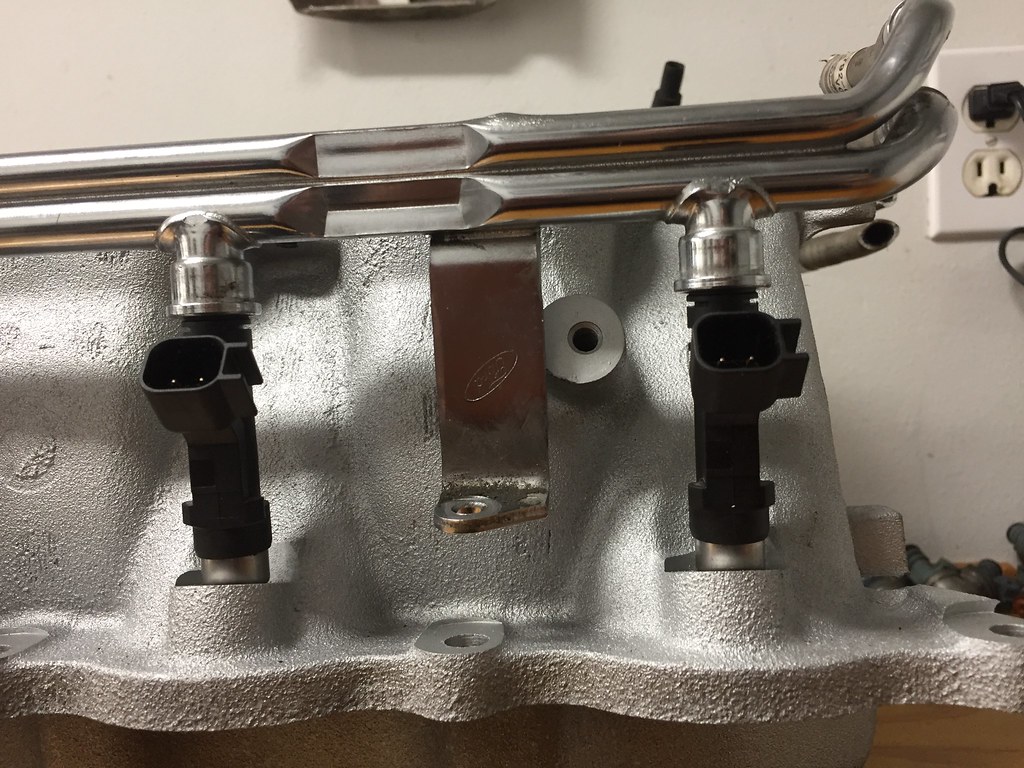 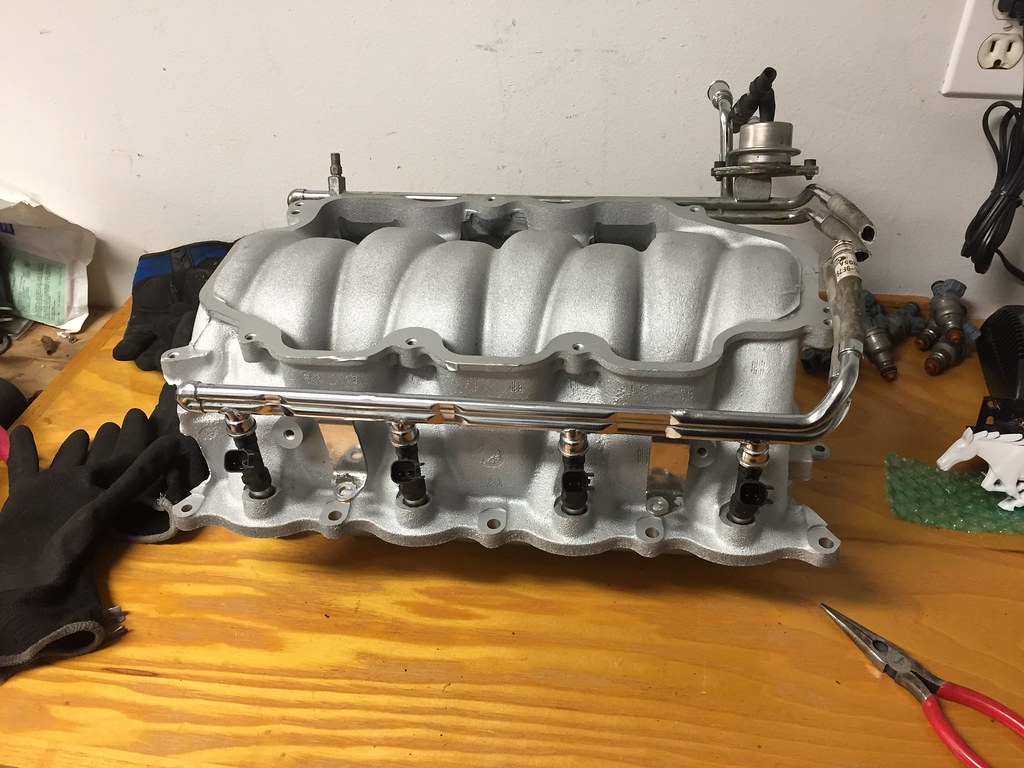 Also, I found a grille pony and painted it white! 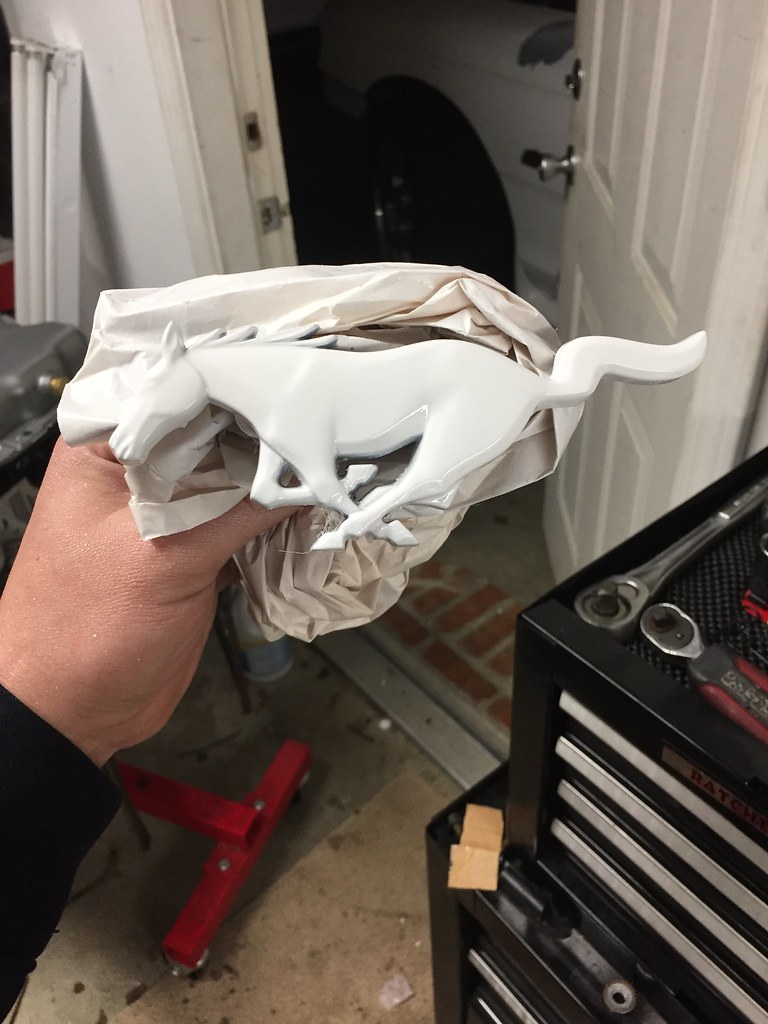 Lastly, I came across a vent pod I had bought and installed it to see how I liked it: 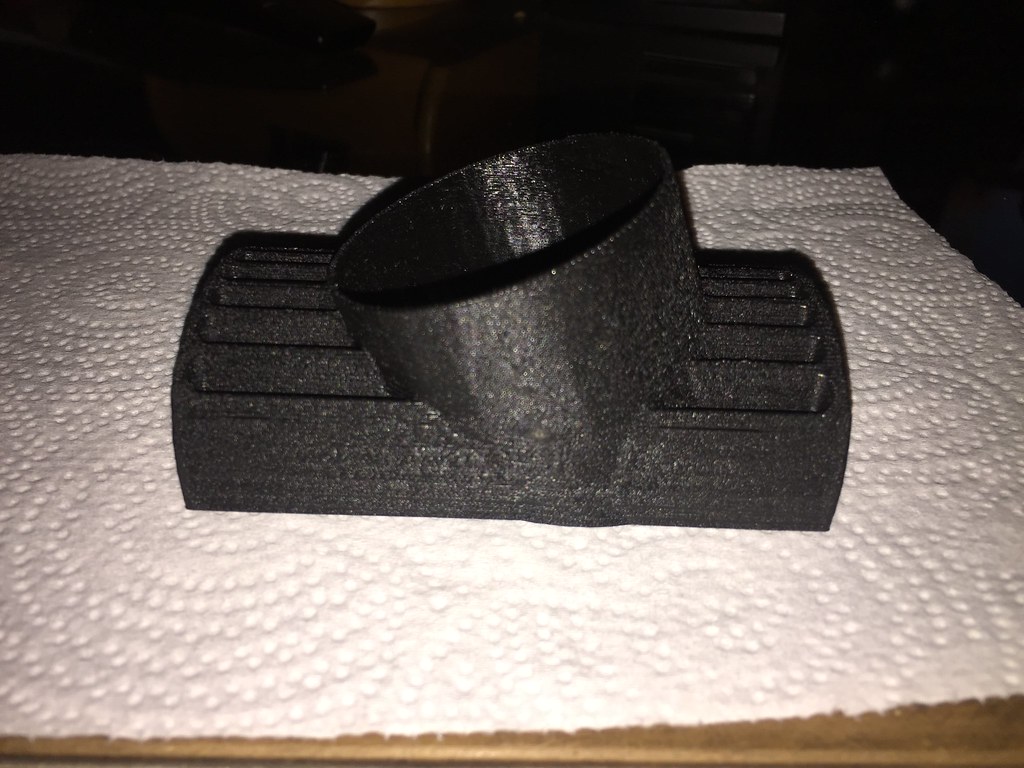 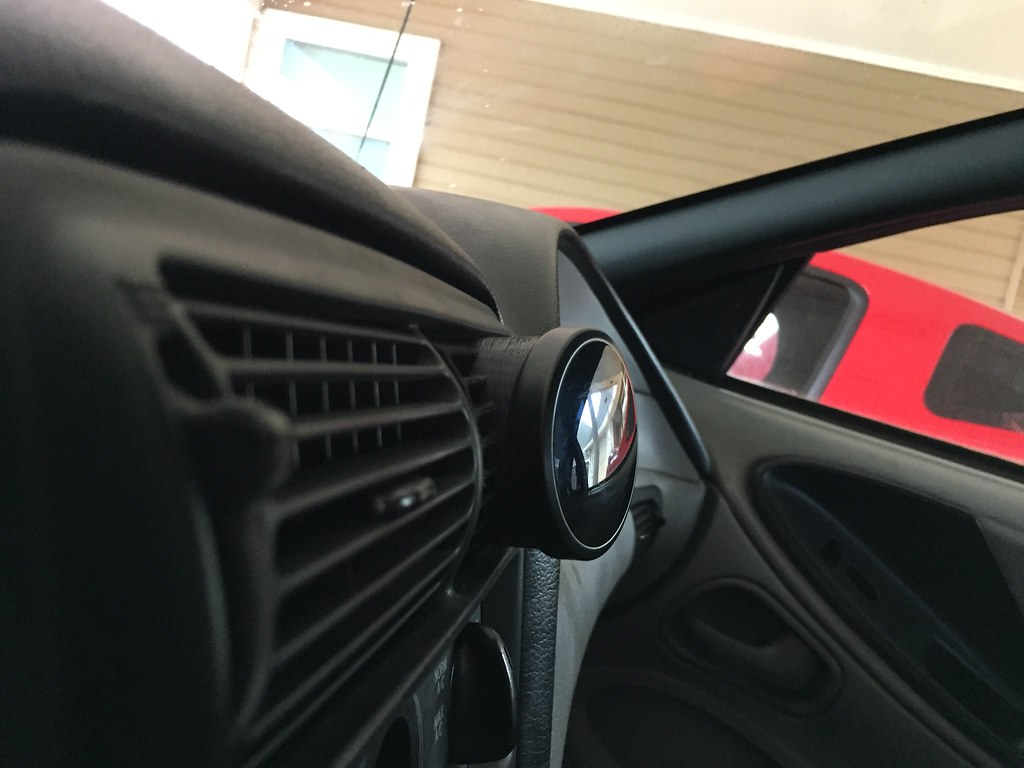 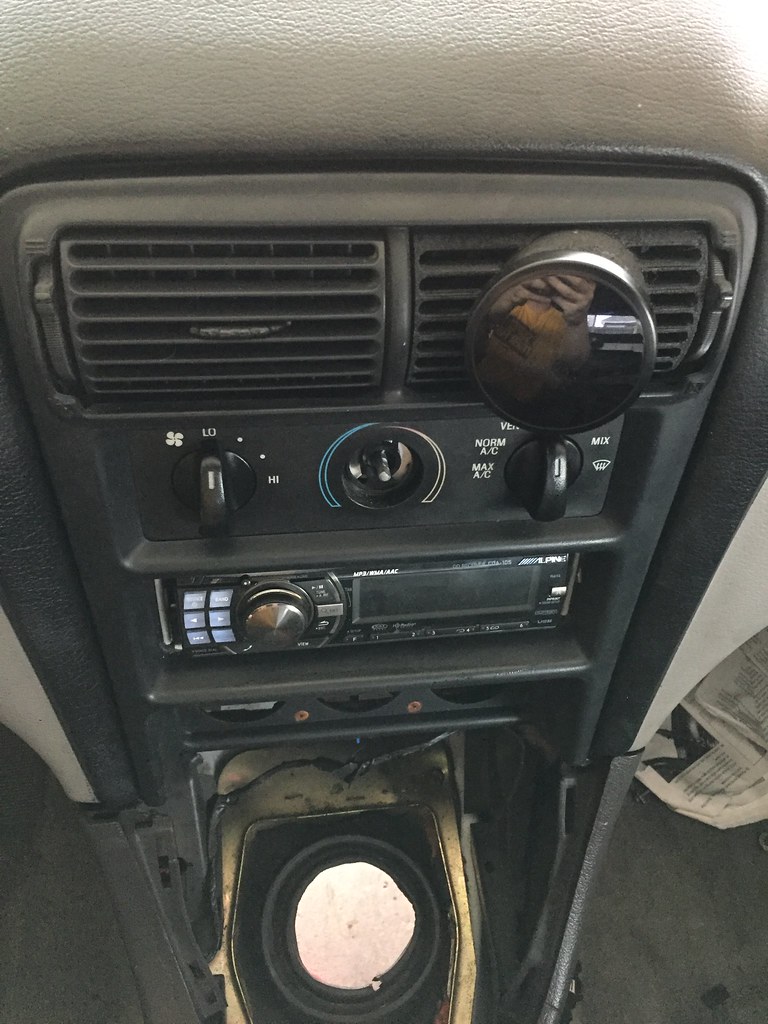 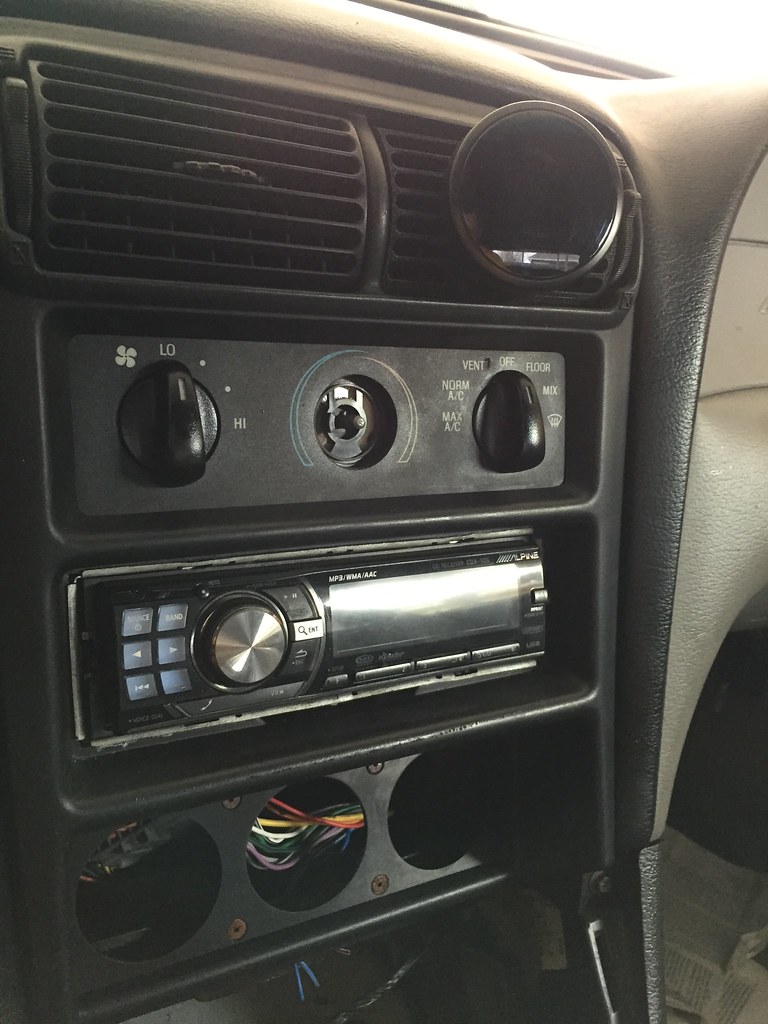